If You See Rust in Certain Spots, Replace That Steel Water Tank

A steel water tank is tough, but you can't ignore the tank and assume it will be fine for decades. While steel and most other metals will last for years, the combination of steel and water can result in some issues over time if you haven't been keeping up with tank maintenance. One common problem is rust. Sometimes rust isn't that big a deal. Maybe some iron residue was on the surface of the tank, and that residue rusted, but the tank itself is fine. However, there are spots where any rust could be a sign that the tank needs to be replaced. This is because if the rust has started to eat into certain parts of the metal, repairs could be too difficult to make.

Three spots, in particular, stand out. Look at the rivets or screws — any sort of connector or bolt — and see if there's rust around the spots where the connectors go through the metal. Also look around the bottom rim of the tank for rust, and check around any opening, such as where you would add water if you were to top up the tank. If there's a ring of rust around the bottom, or if the edges of the metal, where the rivets/bolts/screws/openings are, have rust on them, you need to determine if the rust has started eating into the metal, or if, as previously mentioned, the rust is on the surface only and does not involve the metal of the tank.

Why Rust in These Places Is Especially Bad

These connection points, openings, and the bottom rim of the tank need to be extra strong. You can't have weakened metal where the tank sides were welded shut; that could eventually lead to a leak. And if enough of the metal in that area is rusted out, the tank could spring a severe leak that empties out the water you were storing.

Weakened, rusted metal at the bottom of the tank carries a similar leak risk exacerbated by gravity. The pressure from the water in the tank places more strain on the weakened spots.

As for openings, if that part of the tank is now corroded, you aren't going to get as good a seal as you need to keep the water clean. You may also have trouble creating a secure connection to hoses that deliver or remove water from the tank. When an edge is partially eaten away or a connection point is weakened, it's harder to repair those to a satisfactory level.

Now, keep in mind that just seeing a dot of rusty colour isn't enough to determine what to do. For small areas of rust that appear to be on metal that don't look corroded, try cleaning off the rust. If all of it comes off, and the metal appears to be fine, there's no need to replace the tank, although you may want to clean its exterior more often. But if you see the rust has started to create pits in the tank or if the rust appears to be extensive, then you need to look for the cause and potentially replace the tank.

Reach out to a professional for more information about steel water tanks and rust. 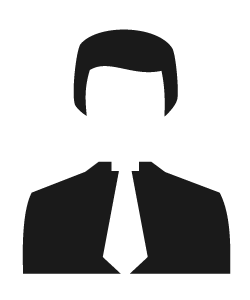 Yo! My name is Damian and this is my blog about the fantastic topic of industrial manufacturing of goods. I know that this doesn't sound like a very interesting topic, but I promise you, if you continue to read, you will find out some great things. I used to think that an industrial plant would be the most boring place in the world. However, all that changed when I decided to visit my uncle who manages a large industrial production unit in Sydney. I spent a couple of weeks with him and he taught me lots of very cool things.

Read in about 3 Minutes